During eTextile SB I had two goals:

I’ve been using simple CMOS oscillator circuits to teach basic soft circuits with for years and there’s no reason for me to stop anytime soon. My brain has been obsessed with kit design and educational opportunities that introduce people to electronics and fiber arts. The circuit I have kept in mind when designing this kit is an oscillator circuit either using the 40106 or the 4093. The main idea is really what the knit sensor does which is change the pitch of the oscillator which can be applied to many logic noise circuits. Eventually, I would like to build circuits that don’t only offer frequency manipulation but starting simple is always a good plan when prototyping a new concept.

A cardboard prototype of two PCBs that you would knit between from September, 2018. It takes so long to pick up a project some times. :/ but 😀 also? 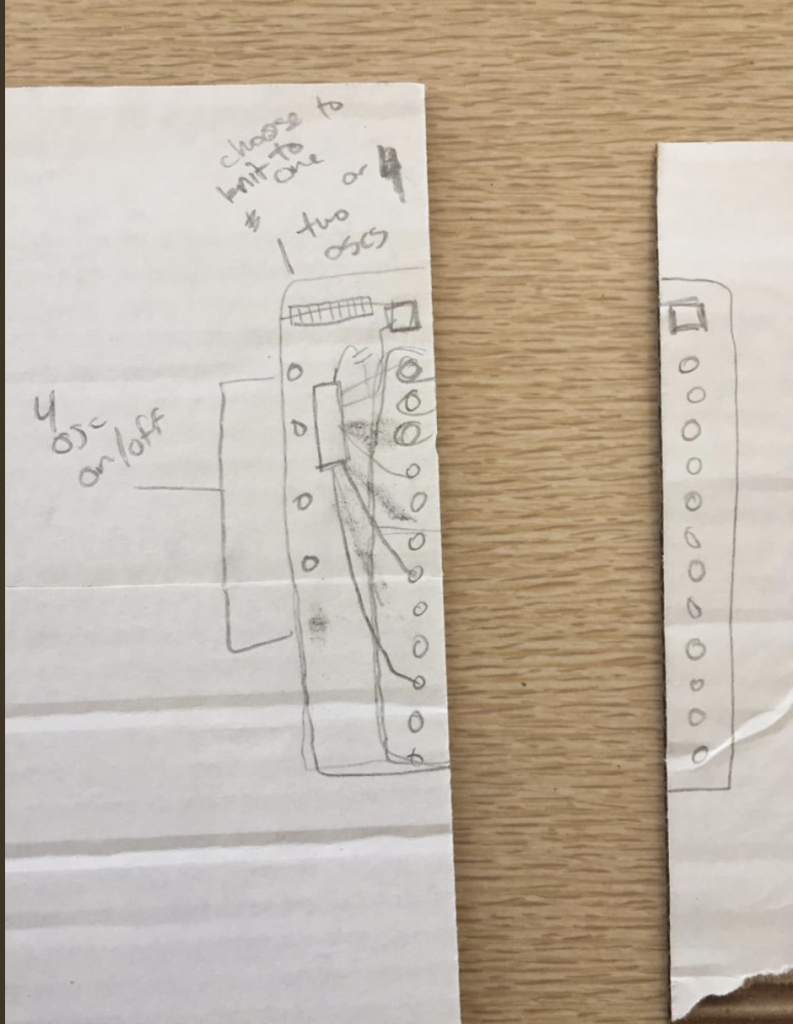 Prototyping a circular spool knitting version at eTextile SB, envisioning a flexible circuit board where the green paper is. The FCB definitely isn’t possible in this form, the substrate has to be stiff for the action of knitting to be possible.

Liza Stark designed a spool knitting circuit in one of her educational zines Sensor Knitting 101. Make sure to check out her other zines, they are so good for workshop leading or learning from for any beginner.

Punching holes in a PCB.

Flat loom knitting version. This is closer to the original vision I made from cardboard a while back.